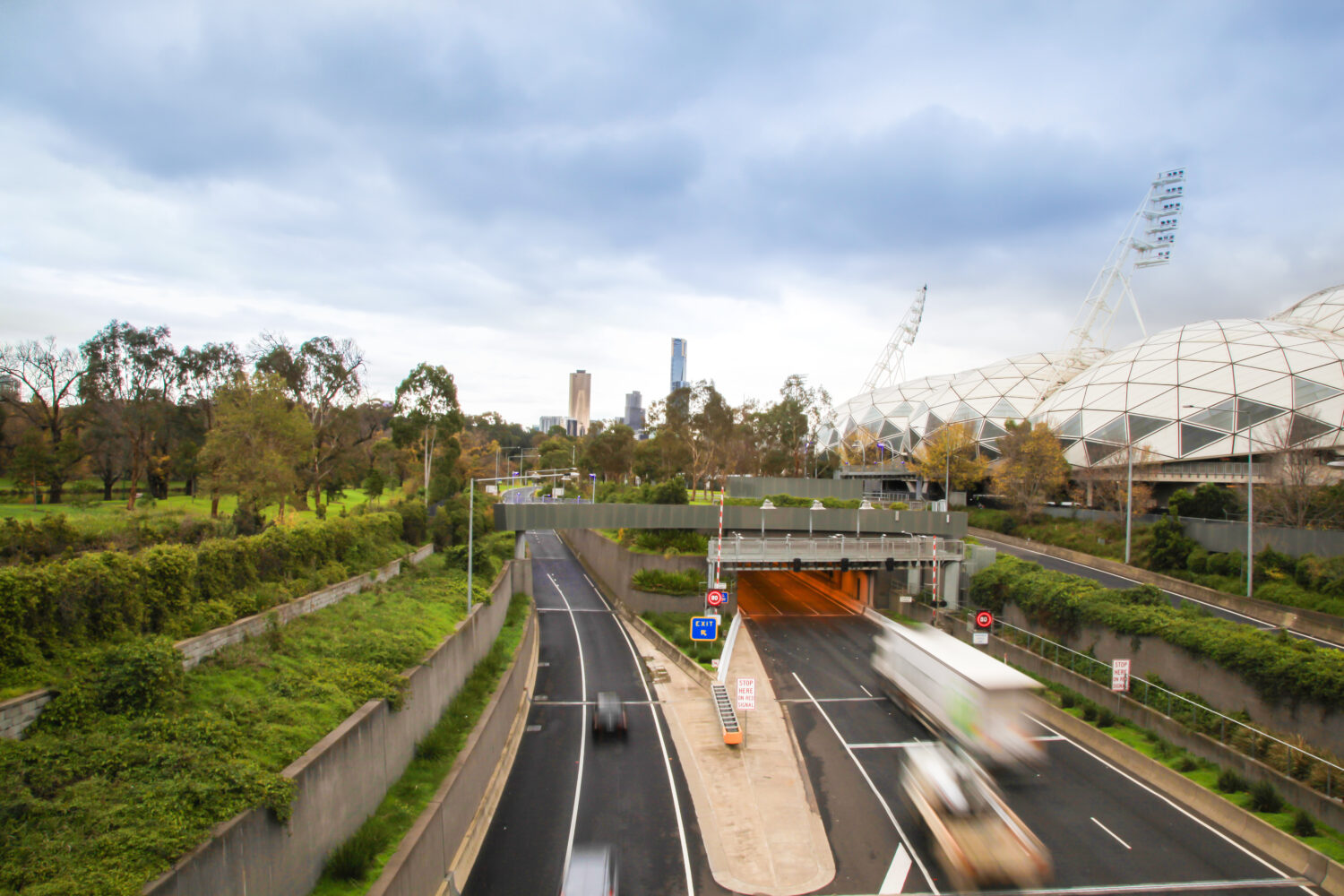 The Department of Environment, Land, Water and Planning (DELWP) has drafted ‘Melbourne’s Future Planning Framework’, a collection of Land Use Framework Plans (LUFPs) providing a vision which will guide strategic land-use and infrastructure development for the next 30 years across six (6) metropolitan regions:

These LUFPs are intended to supplement Plan Melbourne 2017-2050 (Plan Melbourne) – a high-level strategic plan to guide growth and land-use across Metropolitan Melbourne. The LUFPs expand on the vision of Plan Melbourne and have been identified as a priority action, developed in accordance with Action 1 of Plan Melbourne’s 5-year Implementation Plan.

Each LUFP acts as a bridge between state and local planning policy with a focus on housing, infrastructure, public open space, tree canopy coverage, transport, as well as provision of and upgrades to community, health, education, recreation, sporting and cultural facilities. This common framework intends to:

DELWP is currently inviting submissions to Melbourne’s Future Planning Framework, and the draft LUFPs can be found on the Engage Victoria website.

Each LUFP seeks to sustain the role of Green Wedges in providing a natural buffer between regions. Productive agricultural land, biodiversity and state infrastructure in established Green Wedges such as Whittlesea, Sunbury, Western Plains, Nillumbik, Yarra Valley and Southern Ranges would be protected and preserved so that development can be controlled and directed into highly accessible and multi-use activity centres to limit the need for prolonged car trips, reducing petrol consumption and working toward Victoria’s emissions reduction targets of net zero emissions by 2050.

Each LUFP highlights tree canopy coverage as a key asset in contributing to sustainability, combating harmful heat island effects, and helping to ‘green’ urban environments. The East and Inner South-East regions have established visually appealing and sustainable tree canopy coverages of 17.4 per cent and 25.9 per cent respectively, partially due to geographical advantages such as the Yarra River, Dandenong Ranges and Yarra Ranges Green Wedge. These regions excel in providing shade and a break from urban and suburban development. Regions such as the Inner, North, South and West require greater attention to provide urban tree canopy coverage amongst urban areas including the Sunshine National Employment and Innovation Cluster (NEIC), Werribee NEIC, Dandenong NEIC, Epping and Footscray.  LUFPs within these regions seek to at least double their urban tree canopy coverage percentage by 2050 in order to create a break from dense development, improve the visual amenity and aesthetic of suburban streetscapes, and reduce heat island effects.

Boosting economic productivity and conserving established commercial/industrial areas is a key initiative of every LUFP. Each LUFP seeks to develop the NEICs as identified in Plan Melbourne to centralise, conserve and maximise industrial and commercial output in appropriate locations close to transport links and major arterial roads, and reducing the need to move industry outside the urban growth boundary. Dedicating large-scale industry into these NEICs will mean small scale commercial uses will be able to economically prosper in mixed use Activity Centres, providing accessibility, service and amenity to local residents and commuters. The seven NEICs would be developed in Sunshine, Werribee, La Trobe, Parkville, Fishermans Bend, Monash, and Dandenong.

The Inner Southeast will prioritise development of Monash University’s Caulfield Campus and Swinburne University as major employment and education precincts. Similarly, the Inner LUFP would continue to upgrade and become a premier productive location for biomedicine, health, education and research, with Fishermans Bend complementing this growth by evolving into a centre for innovation, creative industry, and advanced manufacturing.

The Western, Northern, Eastern and Southern LUFPs seek to improve productivity by developing Activity and Growth corridors along major arterial roads such as Whitehorse Road and Sydney Road, to accommodate longer term commercial and employment needs.

The LUFPs envision new, affordable and sustainable medium to high density housing appropriately located proximate to mixed use areas and existing/future NEICs and transit stations to reduce urban sprawl and provide convenient and accessible living for a Metropolitan Melbourne population that is expected to almost double by 2050. Housing development for the Inner and Inner Southeast regions will be focused on providing flexible and affordable housing options, including social housing, around well-connected activity centres, urban renewal areas, and education precincts. Public and open spaces will be upgraded and implemented to provide local amenity and a natural retreat from dense urbanity.

All LUFPs seek to preserve existing and future neighbourhood character within established residential areas in order to uphold continuity of Melbourne’s unique and rich heritage.

Each LUFP strives to provide an integrated transport system that conveniently connects people to jobs and services, and goods to market, identifying locations for growth and change and realising Plan Melbourne’s goal of a 20-minute accessible city. Plan Melbourne envisions a Suburban Rail Loop project that will connect every major passenger railway line in Melbourne from the Frankston line in the south, to the Werribee line in the west. New Suburban Rail Loop Stations will be constructed/upgraded in the Sunshine, Werribee, Monash and Latrobe NEICs, the Box Hill Metropolitan Activity Centre, and the Cheltenham, Doncaster, Burwood, Glen Waverley and Clayton[AZ1]  Major Activity Centres, to improve rail efficiency and public transport connections, as well as develop mixed use accessible precincts.

A new Suburban Rail Loop (SRL) Train Station will be constructed at Melbourne Airport, accessed by a proposed airport rail link that will transfer commuters direct to the Sunshine NEIC from Melbourne Airport, connecting them to the CBD, the Western Growth Corridor, and all existing train lines via the SRL. Clayton Train Station will be transformed into a major transport super hub and interchange station as a gateway to Melbourne’s southern metropolitan and Gippsland regions, facilitating growth around the station to bolster Clayton as a leading health cluster, and an outer city hub for local living services and amenity.

The Southern, Inner Southeast and Western LUFP, due to their proximity to Port Phillip Bay, seek to protect Port Phillip Bay and established beaches, and expand its network of open spaces and trails including the Frankston to Mornington Parklands, and the proposed Clyde Regional Park.

The Northern, Western, and Eastern LUFPs, due to their proximity to outer green wedges and dense inner-urban activity centres, seek to create interactive and engaging civic spaces, open spaces and linear parks to connect people to destinations and public transport. Improvements will be made to some existing open space assets such as Caulfield Racecourse Reserve.

As part of developing 20-minute neighbourhoods around activity centres, each LUFP intends to create strong communities by investing in libraries, cultural centres and community hubs that can be accessed by a range of people and groups to improve public interaction and services.

Each LUFP also seeks to invest in health, education and recreational facilities readily accessible to the public, particularly in growth corridors such as the South-eastern and Western Growth Corridors. The LUFPs also seek to clearly map these facilities to identify opportunities for shared-use agreements.

What do we think?

Whilst the LUFPs seek to expand the network of parks, public open spaces and trails, we would like to see greater focus on how each LUFP will improve the existing public realm. Some existing open spaces across Metropolitan Melbourne remain desolate, neglected and unsafe, with little to no tree canopy coverage, and mediocre facilities – despite being recognised as ‘open space’ and contributing to the public open space calculations in the LUFPs. Each LUFP campaigns for the doubling of Urban Tree Canopy coverage to combat heat island effects, however simply planting trees in concrete areas would not fix the resolve issues relating to heat island effect and climate change, a comprehensive and collaborative cross-governmental approach is required.

Before expanding and advocating for an increased network of public open spaces and tree canopy coverage, a holistic approach that quantifies the quality and amenity of existing spaces is required to improve the existing public realm and establish safe, visually appealing, accessible and clean public open spaces which makes use of existing infrastructure. Strategically planting trees safely along existing roads and open spaces and advocating for tree canopy coverage to be considered and implemented in every new development, can begin the slow transformation of Melbourne into a liveable, green city. Other simple implementations such as retrofitting existing playgrounds and open spaces with paths, lighting, landscaping, and recreational facilities would contribute to the vision of walkable, accessible, attractive, usable and sustainable public open spaces.

Community concern from consultation sessions centred around the improvement of existing urban and peri-urban areas. Many residents were unhappy with the state of lazy or inconsiderate urban development, and lacklustre public transport. Whilst most goals, objectives and initiatives within the LUFPs seek to better Melbourne for the future, there is a general consensus that existing areas have been neglected, and most or all growth and improvement has been prioritized for existing or future mixed use Activity Centres. Whilst mixed use Activity Centre development is still encouraged, based off community consultation sessions, the public would like to see a general ‘clean up’ of Melbourne’s regions, consisting of improved open spaces, efficient public transport, affordable housing, and a choice in local amenity and services.

There’s no doubt planning for a projected population growth is a high priority, but whilst Plans in Motion commend the Victorian Government for beginning a new phase in development, growth and change in Melbourne, perhaps resources should be focused on promptly improving the efficiency, walkability, affordability, liveliness and accessibility of our existing regions, and re-establishing ourselves as the world’s most liveable city.

These new Land Use Framework Plans could affect you and your property, but there is still time to submit your response to their proposed changes, strategies and objectives at https://engage.vic.gov.au/mfpf.

Should you have any questions regarding the LUFPs or any planning inquiries, contact Plans in Motion today.